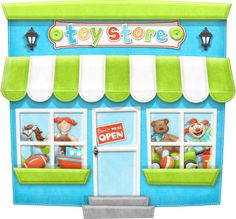 “Mommy, I want the car and I want it NOW!” Yusuf demanded, stomping his feet. He was in a toy shop with his mother, who was buying a gift for his cousin, but Yusuf didn’t like that.

He always wanted something for himself. Whenever they went to the supermarket, he would yell and shout for the things he wanted. This time, he wanted a blue car, even though he had many like it at home. His mother quickly paid for the gift she was buying for his cousin and told him that he could not have the car because he already had some. All the way home, he grumbled an

d groaned about how his toys were the worst.

When they got home, Yusuf was very angry. “I hate these silly toys! Mommy does not buy me many things because I have toys at home. What would happen if all my toys suddenly broke? She would have to buy me new ones!”

With this thought, the naughty boy broke all of his toys, one by one. He took out his cars’ wheels, destroyed his action men by throwing them on the ground, and so on.

Then, he took all of them and dumped in the garbage bag. He smiled and thought “Now Mommy will buy me lots of new toys.”

The next day Yusuf was still angry about not getting the car he wanted. He went outside to get some fresh air when he saw his maid’s children playing happily with toys. As 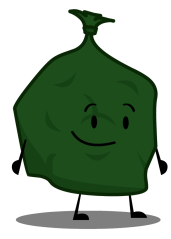 he got near, he realized with amazement that these were his toys! But, instead of the cars’ wheel, they had put some corks, where the action man’s arm should have been, they had put a wooden stick, and they had also stuffed cotton inside the broken ball. He was shocked.
“I didn’t like these things even when they were in good condition, and they…”

He asked: “Why are you playing with my broken toys?” The maid’s boy replied: “Our mother saw them in the garbage and she took them out and gave to us because we don’t have any ourselves. I think they’re awesome! Only a few pieces were missing here or there, which we could easily fix. Why did you throw them away?”

Yusuf responded: “They were old, so I broke them because I want new ones.” The girl said in surprise: “Don’t yo

u like them? We enjoy playing with them.” Yusuf felt ashamed. He realized that his toys were good; he should not have broken them. For the first time, he realized that there were children who did not have the money to buy any toys. He ran back to his mother and apologized.

Yusuf was a different kid now. He understood the value of things and tried always to be thankful for what he had.