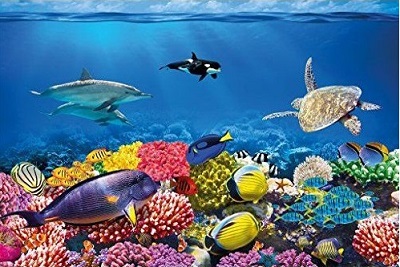 All the ocean animals sat on the ocean floor, watching yet another bottle drop through the water’s surface. Several of the fish coughed, as the bottle’s germs spread around.

All the ocean animals, like the fish, sharks, octopus, jellyfish, and others, came down to the ocean floor every night to rest after their tiring day, but from a few months, they did not enjoy these gatherings at all, because people had been throwing rubbish

in the water, their germs making many animals sick.

All the ocean animals were getting worried, since a lot of them were dying, because of the pollution. If this went on, all of the animals would die, and the ocean would be empty!

So one night, the ocean’s king, an octopus, called a meeting to all the creatures of the ocean, to discuss this matter. When all the animals were there, he said “I have called you here because I am really worried, for all the dying ocean creatures. I think it is time to do something. What do you think?”

All the animals agreed, and everyone thought for a long time, but no one was able to come up with a solution. Finally, the king called off the meeting because it was getting late and the only solution they came up with was that all the animals could migrate to another Sea if things got worse.
Back in Khalid’s house, his family members were as worried as the sea animals. Khalid was very sick, and so was his sister, Sarah. They did not know the reason. Khalid’s stomach was hurting him, and he had to go to the doctor to see what was wrong. The doctor examined him and took a scan of his body to see what was wrong. 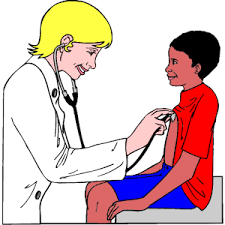 After the scan, he told Khalid’s parents that he had eaten something the day before, which made him sick. His parents were puzzled. Khalid had not eaten anything except for fish, and that was not bad for health.
The doctor looked thoughtful and said: Many people have been complaining of stomach ache these days, I wonder what is in the seafood to make them so sick?

In fact, many doctors were thinking that, and then they decided to test some of the fish or other seafood. When they tested it, to their great alarm, found that the seafood was getting extremely poisonous! So after some research, they discovered that the ocean is being polluted by people, and sea animals are getting affected.

So the news spread around, and a group of students led by Khalid decided to form a group to raise awareness about the safety of the ocean animals. Also, they all prepared an advertisement saying that the beach should be kept clean, and it appeared in the newspaper the very next day. 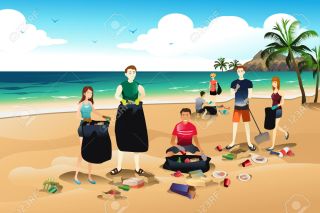 So on the decided date, they all got together on the beach and cleared up the rubbish on the shore as well as the sea. On seeing them, people on the beach joined in. They put garbage bins, sign boards on the beach, and requested the government to demand a fine for whoever was polluting the beach. It worked. As for the animals in the ocean, they were very happy that humans were finally realizing that the ocean is not a place for throwing rubbish.