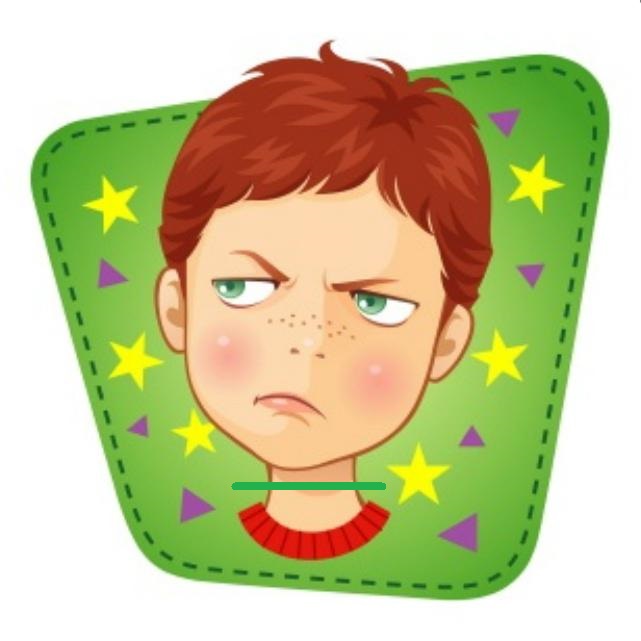 The story I am about to tell you is about my older brother.  His name was actually Rashid, but he had a very fussy nature and because of his fussy ways, my mom began calling him Mr. Fuss Pot. Soon everyone in the neighborhood called him Mr. Fuss Pot too!

My brother didn’t mind being called by this name because he really was quite fussy. Whether it was fall, winter, spring or summer, he would always be grumbling and be complaining. Oh! Oof! Not again!

When summer would come, he would wear his most comfortable shorts and soft cotton T-shirts but could still be heard moaning and groaning. “Is anyone around? I need an ice cold Lemonade. Who will make it for me?” “What are you looking at, Omer? Go and get me a cold drink.

And please, Salman, get the fan here. Quick, switch it on.”

When mom would ask him to do some work Mr. Fuss Pot would get upset. “Oof, mom, it is too hot. Look at me! I’m sweating buckets. How am I supposed to do anything in this heat?”

“Oh yes of course! How can I expect you to do anything when you’ve got everyone else running around for you.” Mom would say in exasperation.

When winter came around, Mr. Fuss Pot wore his warm woolen cap all the time and remained snuggled up in bed under the covers. If anybody passed by, he would peep out and say, “Wouldn’t it be wonderful if we could have a mug of hot chocolate?”

Roasted chestnuts were a winter treat that Mr. Fuss Pot would often enjoy with his many mugs of hot chocolate. “Are you going to eat chestnuts all day long or actually do something?” Mom would ask him looking annoyed, “Why don’t you go to school just to see what it’s like? People will wonder why you are at home, and not at school.”

“Mom, just look at the weather. It’s so cold! We must be snowed in for sure.”

“Alright, that’s enough! All you do, all the time is talk about the weather!” Mom would say crossly. “I know your tricks. You’re too lazy to do even a jot of work.”

After summer when the weather began to change, the falling leaves would make Mr. Fuss Pot sad and miserable. In spring, the chirping birds and sweet smelling flowers would not allow Mr. Fuss Pot to do anything else at all.  During the rainy days, Mr. Fuss Pot would stare out of the window and munch on peanut butter jelly sandwiches. If he happened to step outdoors in such weather he would be seen wearing a raincoat and galoshes, with an umbrella in hand, everywhere he went.

Someone would call out, “Where are you off to?” to which Mr. Fuss Pot would reply “Don’t be ridiculous! Do you think any work can be done in this downpour?”

This was  Mr. Fuss Pot’s attitude, all through the twelve months of the year.

One day when our father saw him behaving this way, he felt really sorry for him. He reached out and patted his son on his head, “Son, do you know, the reason man has been sent down on earth is to work? Jannah will be where we will rest. Even animals do their share of work. Why do you spend all day in bed or lazing around?”

Mr. Fuss Pot made a helpless face and said, “Dad, I know what you are saying is true, but what can I do? The weather just won’t allow me to do anything at all!”  “Son, the weather is just a part of life. Great men have been born in very cold and very warm climates. If they worried about the weather all the time how could they do all the work that made them who they were?  Our Prophet Muhammad (SAW) was born in Arabia which is mostly a hot desert. But that did not make any difference to him in spreading the important message of Islam. In fact, he was always thankful to Allah for everything.  Only lazy people use the weather as an excuse to do nothing. Those who want to work will do so, in all weather conditions.

“Dad, was the weather hotter where Rasul Allah (S.A.W) lived than what we have here?” asked Mr. Fuss Pot.

“There is no match, my son. There is a world of difference between the heat in our country and that of the hot desert with scorching heat from the rays of the blazing sun. Rasul Allah (SAW) fought many battles in the hottest of days. At the time of the battle of Tabook, the weather was extremely hot, it was a long journey and also time for the dates to ripen. But that still did not bother our dear Prophet (S.A.W) and his companions. You are from the Ummah of Rasul Allah (SAW). If you ever feel lazy and the weather bothers you, just think of Rasul Allah (S.A.W) and his companions.”

My brother loved Rasul Allah (S.A.W) very much. He sat quietly thinking over what his father had just said. All day he was quiet and all night he lay in bed tossing and turning. In the morning when everyone awoke they were surprised at what they saw. Even though it was a hot day, there was Mr. Fuss Pot in his shorts and cotton T-shirt, busy doing the housework. He could be seen mopping the terrace, tidying up his room, and making his bed. Afterward, he stepped out of the bathroom all showered and dressed, ready for school. From that day on, Mr. Fuss Pot was never lazy and went to school regularly. Given his nature, he still talks about the weather but without neglecting his work.

No one complains about Mr. Fuss Pot anymore. In fact, everyone has grown quite fond of him!