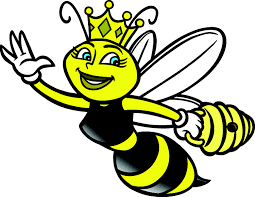 A story that teaches us about working together and being united.

It was a strange sight in the beehive today. The new Queen bee was being crowned. The old Queen bee had flown away. We all know that two Queen Bees can never live together in the same beehive. The b 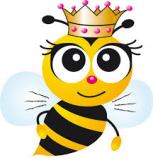 ees were very happy that there was a new queen in their hive. But,
they were also sad to see the Old Queen Bee leave. There really was a good reason to feel sad.

Along with the Old Queen Bee, lots of their friends had also flown away. Stripes started to cry. Her friend Dots patted her on the shoulder and said,
“Let’s fly out and get some fresh air and talk” Out in the fresh air and the fragrant garden, both the friends flew and buzzed about together.

“Do you remember when we were little?” began Dots as she sipped nectar from a pretty blue flower.-All the grownups would go to collect the juice from the flowers, and we would stay with our Queen. We would clean the hive and protect it. We would look after the babies and make new rooms. We would also collect the honey and the pollen.- Stripes replied, “How tired we would get doing all we did- busy cleaning her antennas which were covered in pollen. “Yes, that’s true, but we did enjoy ourselves doing all that work,” said Dots. “We would also have fun teasing the lazy bees” “Yes, I remember. And the Queen would always, kindly tell us not to do so.” said Stripes.

“Do you remember when we flew out for the first time by ourselves in the garden with no grown-ups to watch over us?” Dots asked. “Yes I do remember!” exclaimed Stripes. “We were so scared that a dragonfly might chase us. But we were so excited because it was the very first time that we were going to sip the nectar from the flowers.” “Yes!” said Dots, “And we were dancing, making circles in the air, in happiness because of all the beautiful colors that we could see. Red flowers and blue flowers! Yellow flowers and pink flowers! We would fly from one flower to the next and then on to the next!”

“After a while, sipping nectar from the flowers just became a habit,” said Stripes. “All day we would buzz around in them sipping the yummy juice. We didn’t just have to sip the juice for ourselves, but we also had to collect it for our dear Queen’s newborn baby bees. “All day, every day there was only one thing we could think of. Work, work, work!” said 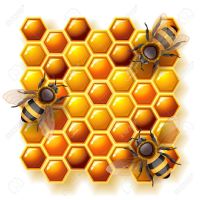 Dots. “We didn’t just think of ourselves but we liked to work and help others too.””Wasn’t it wonderful that we would help each other and share the work?” said Stripes. “Yes” replied Dots, “Except for all the drones whom we shooed out of the hive.””Our dear Queen had to take care of everything and everyone in the hive. She had to lay so many eggs, and then take care of all of them.” said Stripes.

“Oh! I just remembered!” said Dots. “We also made rooms for the eggs out of wax. We would spend hours making our hive bigger and stronger with wax.”

“Then just yesterday the queen said that she was becoming old. She told us that she had explained everything to the new Queen and that we must listen to her”
“Our dear old Queen is gone now along with so many of our friends. I miss her dearly” said Stripes looking sad again.
“I do too,” said Dots. “But, come on. Let’s go and greet the new Queen. Remember what our old Queen said.” 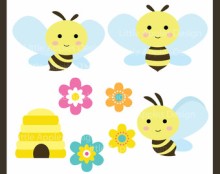 “Yes. She is our leader now, and we must listen to her and follow what she says,” said Stripes.
So saying both honey bees buzzed and flew, happily making their way back to their hive, to greet the new Queen.