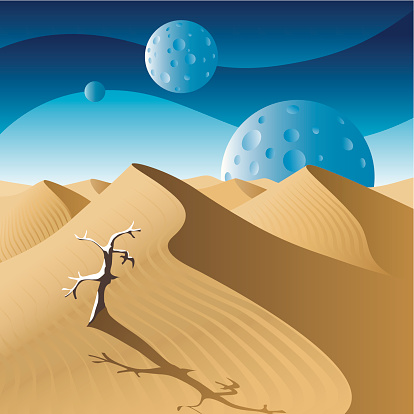 Hussain looked out of the small window of the hut and, at seeing the sand dunes on one side and the small, quiet road leading to the city on the other, he sighed with thankfulness to Allah for everything he had, though he was lonely at times. 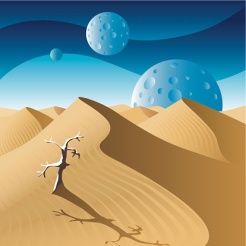 Hussain was an eleven-year-old boy who lived with his grandfather in a small hut in the middle of the desert. Because his grandfather was very sick, Hussain had to do all the housework, and earn his living in the town nearby, so he was usually out all day.

But, instead of whining and complaining like any other boy would do, he was always content with his life. He had plenty of time to think and ponder about the creations of Allah. He only wished that someday, things would change, and he would be able to discover the wonders of the world and learn new things. He was growing older, as did his passion for knowledge, and he had wisdom that little boys do not usually have.

He was growing older, as did his passion for knowledge, and he had wisdom that little boys do not usually have.
But although he was wise and intelligent, Hussain was not educated and did not have the information he should have had. He prayed every day for his wish to come true, but he did not see how it ever could.

One day, a boy living in the city called Ahmed and his father had planned to visit the area near to the desert for some important task. They had kept lots of water with them, and a basket full of food. After finishing their task, the two headed back home when suddenly, the car came to halt. “What was that?” Ahmed asked, scared. His father looked grim. “I think the car’s batteries have run out. I had better go search for help. Stay here and I will try to come back as soon as possible.”
So he left, and Ahmed waited for a long time.

But when it was over half an hour, he began to panic. What had happened? Worried and frightened, he did not know what to do. Just then, he saw a figure walking in his direction. It was his father! But as he got nearer, Ahmed realized that something was wrong.

His father was in a terrible state and looked ready to faint any moment from thirst since it was an extremely hot and humid weather. Then finally, he dropped down in exhaustion. Ahmed was frightfully worried. There was no more water in the car, and he felt very thirsty himself now. He paced round and round, trying to call with his father’s phone, but there was no connection.

So then he started calling: Help! Help! His voice just echoed off the desert, and then

silence. Defeated, he stopped calling and started to pray. But help was near. Hussain, who was passing nearby, heard noises and went to see what the matter was. When he found Ahmed in a state of panic, Hussain asked where he came from and what was wrong. Relieved, Ahmed explained, to make him understand, what had happened.

Hussain told Ahmed not to worry, and to calm down. “Allah always helps his slaves, but you have to be patient.” He explained to Ahmed. Ahmed understood and looked at Hussain in admiration. How does he know these things when he is not even educated? He wondered. 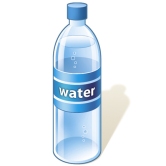 Then, Hussain came back with water, and the two boys poured water in the father’s’ mouth, and he was soon conscious again.
“Thank you so much for saving his life,” said Ahmed taking Hussain’s hand. “Yes, I wish you could come with us to the city, and get the proper education.” said his father.

Hussain could hardly believe his ears. He looked disbelievingly at him and asked “Can I really come? I never thought it was possible.” Ahmed’s father nodded “Of course, we have room for a clever child like you in our house. And you two can come over and stay with us.” Ahmed’s father was a kind-hearted person and had helped many children before this. And so, Hussain’s life was transformed, and his prayers to Allah were finally answered. The combination of wisdom and knowledge made him a successful person in future life.