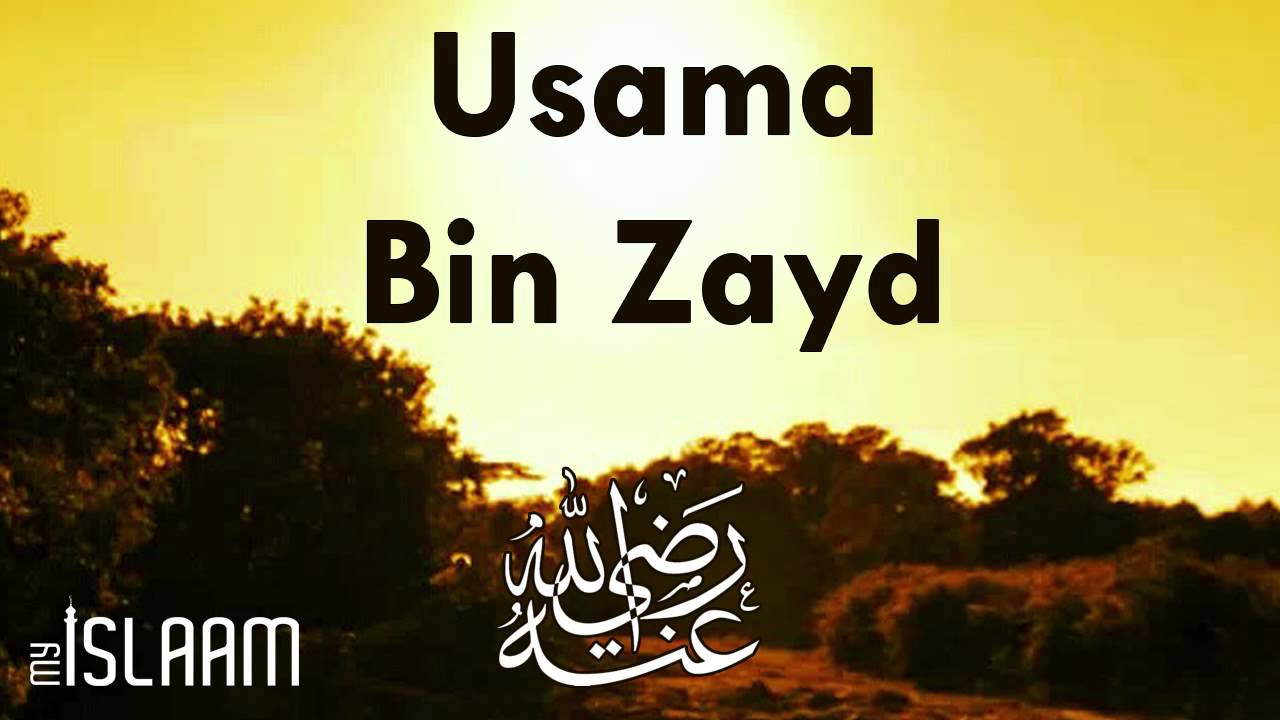 The Prophet was overjoyed: his beloved adopted son, Zayd Bin Haritha, had had a child. He named the baby Usama.

The child’s mother, Umm Ayman had once helped to raise Mohammad S.A.W in Abd-ul-Muttalib’s house and the Prophet S.A.W loved Zayd R.A’s son like he loved his own grandson, Hasan. It is said that he used to put Hasan R.A on one leg and Usama R.A on the other leg, then raised his hands to say, “Oh Allah, I love these two, so love them as well.” [1]

Usama R.A was the son of a freed slave, but the Prophet never made him feel worth any less than other people. In fact, the Prophet loved and respected him so much that if anyone had a request, they would ask Usama R.A to go ask the Prophet instead because it was more likely that it would be accepted.

During Usama R.A’s youth, a respectable woman committed a crime by stealing something. According to the law, she should have had her hands cut as a punishment for what she did. However, some people were reluctant to follow that rule because of her high status and good family. Everyone knew that Usama was the Prophet’s beloved, so they requested him to go to the Prophet and ask him to let the woman go free because of her status in society.

Usama R.A went to Mohammad S.A.W and asked him to exempt the woman from her crime. Although Usama R.A was very dear to the Prophet, he did not like the request and said, “Oh Usama! Have you come here to ask me to let a woman guilty of a crime go free simply because of her family and wealth? Indeed, that will not happen.”

After that, he told the people who objected to the punishment, “The people before you were destroyed for this very reason. When an ordinary man commits a crime, they would punish him. But when a rich or respectable man is guilty of something, they would let him go. I swear if my own daughter, Fatima, were to do a wrong act she would be punished like anyone else.” [2]

The woman’s hands were cut just as Islam’s justice demanded. After this incident, this law became well known to the Muslim community.

Usama R.A was an extremely brave young man. At 14, he wanted to go out and fight in the Battle of Uhud but was rejected due to his young age. He returned sadly, feeling very disappointed. A year later, at the Battle of the Trenches, he offered to be in the army again. The Prophet saw his enthusiasm, insistence, and love for fighting in the path of Allah, so he allowed him to take part in the battle. After that, he took part in many battles, such as the Battle of Hunayn and the Battle of Mota, where his father was killed in front of him. That didn’t stop him, however, and he remained steadfast until the end of the battle. He took part in all battles after that and even the Conquest of Makkah.

Usama R.A states that in one of the battles that he took part in, he came face to face with a Kaffir. Upon seeing Usama R.A’s skill, he feared death and quickly uttered the Shahadah, which meant that he converted. However, Usama assumed that he was merely afraid of dying and so killed him anyway. When the Prophet was informed of this, he was extremely unhappy and asked Usama R.A the reason for this.

When he was informed of the reason, the Prophet S.A.W said, “And how did you know that he was doing it only to escape death? Did you look inside his heart to find out? Oh, Usama! What will you answer to his Shahadah on the Day of Judgement?”

He repeated this so many times that Usama R.A said that he wished he had only converted to Islam that very day (so that all his sins were removed). [3]

It was because of his courage that towards the end of the Prophet’s life, in a battle against the Romans, he was chosen to be the commander, above many other senior companions of the Prophet. A lot of people objected to this, wondering how it was possible to put such a young man over many older and experienced men. Understanding the issue, the Messenger of Allah ascended the pulpit and spoke to them, “O, people! You object to Usama bin Zayd’s command and before this, you objected to the command of his father Zayd. By Allah, he was fit as the commander and he was one of the dearest people to me. I swear by Allah Usama bin Zayd is fit as the commander and he is one of the dearest people to me after his father. I recommend him to you because he is one of the righteous people among you.” [4]

After the Prophet’s death, this matter was still looming over them. Abu Bakr Al Siddiq was now the Khalifah, and his decision was to abide by what the Prophet said, and he put Usama R.A as the Chief of the Army.

When the troops were about to set off, Abu Bakr Al Siddiq R.A came with them on foot, to say farewell, whereas Usama R.A was on horseback. Usama R.A noticed this and said, “Ride on the horse, or I will get down from it.”

But Abu Bakr replied, “By Allah! Neither will I ride on the horse nor will you get down. Is it not an honor for me to cover my feet in the dust, in Allah’s path?’

He then raised his hands to pray for their safety and victory, then bade them farewell, saying, “Remember the orders that the Prophet S.A.W gave you, and remain steadfast.”

So despite people’s many reservations about him being in charge, Usama R.A lead the Muslims bravely into the battlefield and came back triumphant and victorious.

After the Prophet passed away, Usama moved to Wadi Al Qura, when he was just twenty, and later on came back to Madinah.

He passed away at the time of Ameer Muawwiyah’s rule, in 58 or 59 Hijri.

May Allah have mercy came upon his soul.

One thought on “Companions of the Prophet – Usama bin Zayd (R.A)”