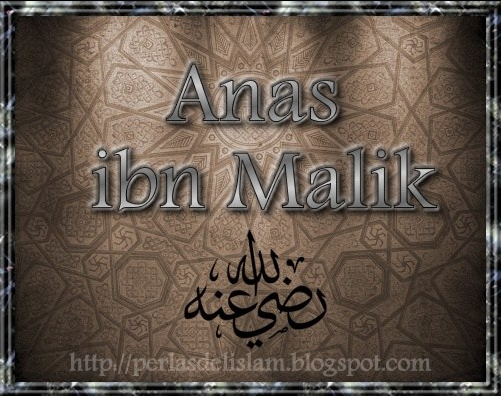 An excited shout ran through the streets of Madinah. Everyone gathered around in hurry and anticipation, amongst them was a ten-year-old boy, called Anas Bin Malik. They received the Prophet Mohammed (S.A.W) in great delight. Anas (R.A) was extremely enthusiastic about the arrival of the prophet and had waited anxiously with the other boys for his approach. [1]

The Ansar of Madinah were so thankful and hospitable to the Prophet (S.A.W) that each and every one of them was hastily offering him their homes, or help, or any sort of service. One woman had a different gift: Anas’s mother thought the best thing she could offer him was her precious son.

So she held him by the hand and went to the Prophet (S.A.W), saying: “Oh Messenger of Allah. I have nothing to offer that could be of help to you. This is my son; I am leaving him to you so that he can help and serve you. Please accept him.” The Prophet accepted her offer graciously.

From then on, Anas (R.A)’s life changed. He spent his time helping and supporting Mohammad (S.A.W) in any way he could. He never grumbled or whined about the tasks but thought he was lucky to have received such an honorable position – of serving the Prophet himself constantly.

And because he spent such a lot of time in the company of Rasulallah (S.A.W), he learned a great deal by observing his lifestyle and although he was a young boy at the time, Anas (R.A) developed a great understanding and love for the Prophet and for Islam.

He would wake up before everyone else in the mornings and go to the mosque to take care of his Prophet’s needs and wishes. If the Prophet (S.A.W) intended to fast that day, Anas would prepare his pre-dawn meal and perform the morning prayer with him after the meal ended. The Prophet (S.A.W) even prayed for him: “O Allah increase his wealth and offspring and bless him in what you have provided for him.” Bukhari and Tirmidhi. [2]

Indeed, in his life, Anas Bin Malik received every possible blessing, including many children, wealth, and a long life. The Prophet loved Anas (R.A) a great deal and treated him like a son. He would not scold him for a mistake he might have made in completing a task, nor would he look at the boy like he was beneath him. Anas would always be treated kindly and be cared for as long as he was under the Prophet’s wing.

Anas Bin Malik (R.A) stated that one day the Prophet (S.A.W) gave him a task to do. He went out, was distracted by some children on the road and started playing with them, forgetting all about it. He said that as he was playing, he felt a tug at his head and when he turned around, saw the Prophet smiling at him, saying, “Unais! Will you do what I told you to do?” To which, Anas (R.A) replied: Yes, Rasul Allah, I will do it now.’ This example is a very good one to explain the father-son relationship Anas (R.A) had with Mohammad (S.A.W). He later said that during his ten years in serving the Prophet, he never once had to hear a harsh word or criticism, despite being his servant.

Due to his young age, Anas did not participate in the battles of Badr, Uhud, and Khandaq. However, he was present on the battlefield during Badr, attending to the Prophet (S.A.W) and assisting the fighters where possible. Being a child, he would often question a lot of things he saw or heard. Here, as well, the Prophet took care to answer all his questions. It is said that Anas (R.A) once asked the Prophet, “I wish that on the day of Judgement you will plead for mercy for me as well.”

To which the Prophet replied “I will.”

“But where will I find you?” Anas (R.A) asked. ‘First look for me on the Siraat (The bridge which every human must pass to enter Paradise).”

“Then look for me at the time of the Mizaan, (the balance which will determine the amount of goodness and evil in a person at the day of Judgement) for then you will find me there.”

But young Anas continued to ask. “And if not there?”

The Prophet then replied: “If not there you will certainly find me near the river of Kawthar, for on the Day of Judgement I will not venture towards any other place.”

As he grew up, it became evident that he had observed and learnt a great deal from the Prophet (S.A.W). When Anas (R.A) passed children playing, he would greet them and say, “I found the prophet doing so.”

Anas (R.A) has narrated 2286 Ahadith, 180 of which are confirmed upon by Bukhari and Tirmidhi [3]. After the Beloved Prophet passed away, Anas Bin Malik (R.A) only stayed in Madinah for a few days, then travelled to Basrah to live there.

There, the harsh governor, Hajjaj Bin Yousef, was suspicious of his role in bringing down his leadership, and tried to humiliate Anas (R.A) in public. As a result, the Caliph at the time, Abdul Malik Bin Marwan wrote to Hajjaj scolding him about his dealings with Anas (R.A), and Hajjaj was terrified, going at once to beg Anas (R.A) for forgiveness. Wherever it was known in Basrah that he was the Prophet’s personal servant, he was loved and respected.

And in the year 610 B.C, the great servant and helper of the Prophet (S.A.W) passed away, the last of all the Companions in Basrah. May Allah have mercy upon his soul.

One thought on “Companions of the Prophet – Anas Bin Malik (R.A)”