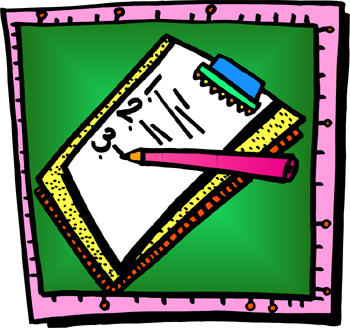 Nawal had completed the list of books that she wanted to buy. This time, she knew that she would spend her Eid money very carefully. She also knew that she would probably get a lot of money. Her family was spending the Eid with Aunt Aliah, Uncle Salman, and her grandparents.

‘All in all,’ calculated Nawal, ‘I should have enough to buy all the books I want.’

Nawal loved books a lot, and was very attached to them. She spent all her money on them and had so many that she’d created a small library, in which she not only stored novels and stories, but also factual books, non-fiction, on all sorts of topics, and this was the reason Nawal was much more knowledgeable than any children her age.

Instead of playing computer games or enjoying her time in the playground, she would sit in her study and learn many things from within the pages. She’d read the books in her library multiple times but although her family and teachers encouraged her, they tried to explain to her that spending time with other girls would be good for her.

At last, the day of Eid arrived. While the rest of the children were happily wearing new clothes, and playing around, Nawal’s thoughts were only about the books she would read later. She peeked in her purse every five minutes, just to make sure that she had enough money. She had collected quite a lot ‘til now, and she had yet to visit her uncle’s house, too…

Nawal’s first thought as she woke up was that she should ask her father to take her to the bookshop some time. As she got out of her bed, she felt faint, and everything went black for some time. She shrugged it off and went to have breakfast but even after that she felt no better, and went to complain to her mother.

“Go and lie down for some time. You’ll feel better.”

Nawal did so, but since her condition didn’t improve, her parents decided to take her to hospital. The doctor said that he would have to perform some tests to see why she was feeling ill.

While she waited for the results, Nawal was taken to the children’s ward. She was told to lie down on a bed and wait, but she disliked lying down and not doing anything.

Then, all the day’s stress started to pile up and Nawal started to cry.

“Don’t cry, dear. Look, the other children are lying down with patience, too. You will feel better soon,” her mother soothed her. When her mother gave her the medicine, she really felt much better.

In the evening, her father bought food as well as a book to keep Nawal occupied. When she saw her father, she smiled and asked, “What book is that, Daddy?”

Her father replied: “I stopped at the book shop on the way to the hospital, and got you a book about our beloved Prophet (S.A.W), look!” He handed her the book, and she eagerly took it from him.

Her mother read it out loud to Nawal, who listened quietly. Once it was finished, Nawal sat up and looked around her for the first time. In the bed next to hers, there was a ten year-old boy who was groaning with pain. A girl was staring blankly at the ceiling, and another had an oxygen mask on. Nawal closed her eyes and breathed.

The next day, when Nawal’s parents came by, they were amazed to see her talking and laughing with the others in the ward. The doctor had said that all her reports were fine, and that she could go home.

The children in the ward were sad to say goodbye. Nawal had told them all kinds of stories the day before and they had loved them. Grinning, Nawal promised them that she would ask her parents permission to visit them again.

Once Nawal’s school began, she became busy with studying and other things in her routine life.

But this time, when Eid came around, everyone was surprised to see that instead of making a list of books she wanted to buy, it was a list of presents she wanted to give the children in the hospital.

Gathering her money, she went with her father to the hospital and distributed the gifts she had bought, with the same book about the Prophet (S.A.W) that her father had brought her.

When she came home that day, she felt like the happiness she felt that day was much greater than any happiness she had felt when she bought a new book and read it. Her mother, too, was happy and she patted Nawal on the back and said, “You never made better use of your money than you did today,” to which Nawal replied “But mummy, I also never read a greater book than the one Daddy bought me that day. I learnt that if a book doesn’t teach you to be a good person, then there is no use reading them. And if even after reading about the life of our Prophet (S.A.W) doesn’t make us befriend humans, it’s a pity…”

Nawal’s mother stared at her in surprise.