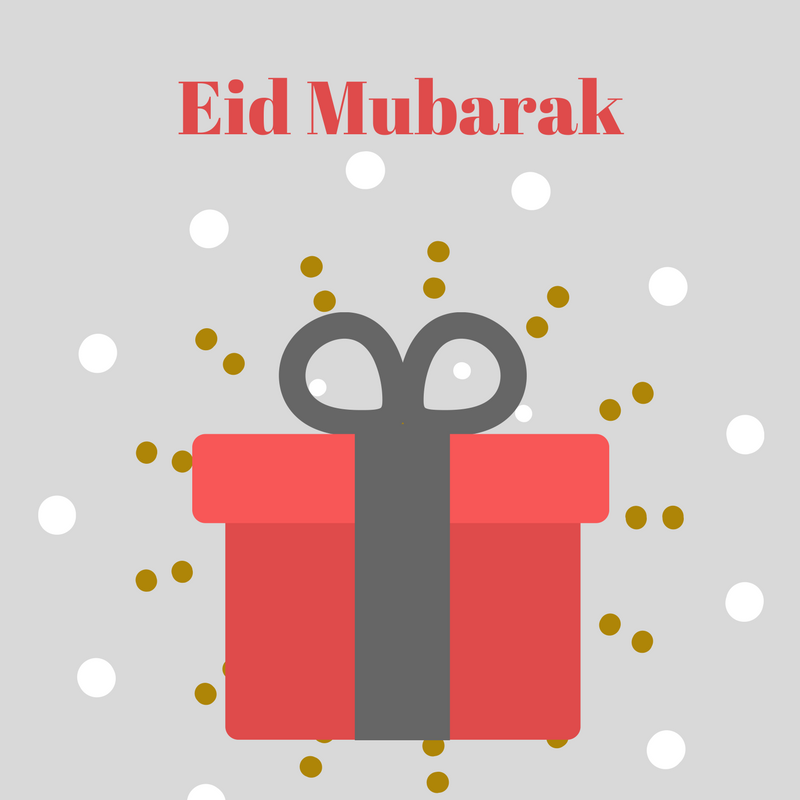 Eid-ul-Fitr was probably Fatima’s favorite time of the year. After a whole month of worship, Eid was the time for celebration. Fatima loved everything about Eid; the new clothes, the bangles, the Henna. She especially enjoyed waking up early in the morning to go to the Masjid with the rest of her family to offer the Eid prayers.

However, the best part of all came in the evening when relatives and friends would begin visiting and suddenly there would be gifts upon gifts for Fatima! Oh, the delight of unwrapping presents!

This year would be no different. As the last days of Ramadan approached, trips to the Masjid increased and her mother would spend long hours of the night in prayer. Fatima grew ever excited for the festival day to arrive.

So it came as a surprise when her teacher at school announced a sudden unexpected project to her class. It was a week before Eid, the third grade was sitting in their classroom, quietly finishing up on a class activity their teacher had given to them. By the time everyone was done with their work, their teacher Ms. Zainab seemed ready for an announcement.

“Attention class! Before you leave, there is something I wish to discuss with you all.”
The class turned their attention to the teacher, waiting excitedly for what the announcement could be.

“So everyone, as you all very well know, we are fast approaching the end of Ramadan. And though we are all sad that this blessed month is ending, we are all also incredibly excited for Eid!”

“Now, I do not know how all of you celebrate Eid in your homes, but this Eid, there is a homework assignment that I want all of you to work on.”

The class groaned collectively. Really? Homework on Eid? That was too much, Fatima thought.

Ms. Zainab laughed lightheartedly. “No no, it’s not the kind of homework you think it is! It’s much more fun than that.”

“I think you all already know how important it is to give gifts to each other in Islam. The Prophet Muhammad (SAW) said: “Exchange gifts, as that will lead to increasing your love to one another.” [Al-Bukhari]. So what I’ve decided is that, you guys will be giving gifts to each other this Eid. That is your homework!”

The class erupted into cheers. Now that was the kind of homework Fatima would enjoy.
Ms. Zainab cut off the children’s exclamations by continuing, “Okay everyone, calm down! I’m not done yet. You will be giving gifts to each other, but not to anyone that you wish. We will be doing a special kind of activity.”

The students fell into hushed whispers looking at their teacher in confusion.

Ms. Zainab brought out a little bowl filled with tiny pieces of paper. “I have written all of your names on pieces of paper and put them in this bowl. Each one of you will come up here and pick a paper at random. You will then go back to your seat and not tell anyone what your paper says. Whoever’s name is on your paper, you will buy a gift for them. What do you think?” she finished.

Fatima thought the idea was incredible. She wondered whose name she would get and who would get her name. It seemed like the rest of the class was just as excited as she was.

Ms. Zainab began reciting out the names of the girls. One by one they got up and chose their name. Some would look pleased by their luck, others not so much. Finally, Fatima’s name was called and she walked up to the teacher’s table. She’d been praying she would get Hafsa’s name. Hafsa was her best friend and Fatima knew what a perfect gift for her would be.

She put her hand in the bowl and picked the first paper in sight. She took a deep breath and unfolded the paper.

Fatima sighed in dismay. Maria was the shyest girl in class. Fatima hadn’t talked to her much and had no idea what kind of gift she would give to her. She turned around and looked at Maria. While the rest of the class was engaged in conversation, she sat quietly at her desk writing in a tattered notebook.

That evening, Fatima told her mother about the Eid assignment.
“Why do I have to give a gift to Maria?” she complained. “I don’t know her or even like her that much!”

“Don’t say that Fatima!” her mother scolded. “How can you not like her if you don’t even know her? Besides, giving gifts is an excellent thing to do. It makes you happy, the person receiving the gift happy and best of all, it makes Allah happy. So don’t complain about doing something that will make someone else happy, or Allah may not reward you for it.”
Fatima grudgingly nodded. “But, what am I going to get her?”

“Why don’t you talk to her? Get to know her a little bit, and then we’ll decide.”
Fatima nodded.

Over the next couple of days, Fatima fluttered around Maria trying to keep an eye on the other girl’s activities. Maria was usually seen sitting alone. She was either engrossed in a story book or was writing something in that same old notebook.

One day, Fatima finally plucked up the courage to go talk to Maria. She sat down next to her during the break. Maria was once again furiously scribbling away in her notebook.
Fatima asked: “What are you writing?”

Maria looked up and answered shyly, “Just a little story”.

Maria seemed reluctant to allow anyone to read her precious work but eventually relented on one condition. “Please hold it with care. It’s really old and is falling apart.”
Fatima nodded as she gently took the book and pored through it.
“This is really good, Ma Sha Allah!”

After that day, the two girls began talking to each other more often. Now, in break time, Maria was seen sitting next to Fatima, Hafsa and the rest of their friends. She was still shy, she still read a lot, but now she smiled more often too. Now, she had friends.

As the week passed, Fatima began to realize how great of a friend Maria was- a friend Fatima had failed to spot for so long. She also came to a conclusion about the whole gift business. She knew exactly what to get her new friend.

When Eid day finally arrived, the entire class gathered at the school. The girls were all dressed fancily for Eid in their new clothes, everyone in a happy mood.

Finally, it was time for everyone to exchange gifts. Ms. Zainab announced for the children to all proceed to reveal their highly guarded secrets. Fatima searched for Maria amongst the crowd. She found her talking to Sara whom she was giving her gift too. She smiled when she saw Fatima.

“So, Fatima”, she said, “who’s your gift for?” motioning to the wrapped present in Fatima’s hand.

“It’s for you”, Fatima replied giving Maria the gift.

She took the gift and unwrapped it with the calm gentleness Maria possessed.

From inside came a lone notebook – a little glittery blue journal.

Maria’s face was a look of pure surprise and happiness. She flipped the diary open to the first page. Inside, Fatima had written a poem for Maria and signed her name at the bottom.

“Thank you so much, Fatima! I love it!” She moved forward and tackled Fatima in a big hug.

“Fatima.” Someone tapped her on her arm. Fatima turned around. Hafsa stood there with a big box in her hand, beckoning Fatima to it.