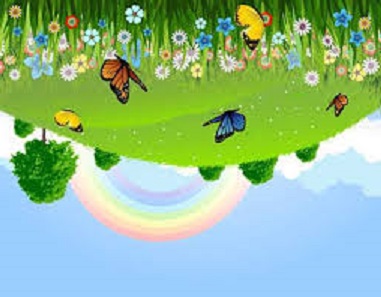 Maria never liked to be told that she had to go to bed. And tonight was no different. She finally dragged her feet up the stairs and got ready for bed. She offered her Isha prayers and remembered to say all her duas.

As she lay in bed, she turned to her right with her hand under her cheek, just the way Rasul Allah (saw) used to sleep. But she just did not feel sleepy. Try as she might, she could not fall asleep.

Her father peeped into her room, and finding Maria still awake, exclaimed, “You aren’t asleep yet?”

Maria made a face and said, “Wouldn’t it be a good thing if we didn’t have to sleep or if we had to sleep we would sleep in the day and not at night?”

Her father was not surprised by Maria’s strange questions. He was used to them. Maria wanted to do everything in a different way. Dad shook his head and sat in the armchair next to Maria’s bed. He tried to think of ways to make Maria fall asleep.

“You know Maria when I can’t sleep, I count sheep. Why don’t you close your eyes and imagine yourself in a field full of sheep? The shepherd is rounding them up into their pen. Start to count them as they go in. Ready? Mind you, eyes closed now! That’s my girl. One by one the sheep is going back into the pen. One, two, three…..”

“But Dad!” said Maria. “I don’t like sheep! Can I imagine goats instead?”

“Dad you didn’t tell me the color of the goats.”

“Maria, what difference does it make? White, black, brown…they could be any color. Come on now! Shut your eyes!”

Maria shut her eyes tight. There was silence for a while. “Oh no!” Suddenly she yelled. “Dad, I’m counting the goats, but this brown one is very naughty. She’s just not going to the pen. In fact, she’s running here and there and oh dear! She’s jumping around!”

“But dad, my brown goat is!” said Maria.

“Dad, Dad! You won’t believe it! That naughty brown goat is now going towards the pond. Oooh! She jumped in and now she is bathing. Hey, look! She can swim!”

Dad looked really annoyed now. “Maria, your naughty brown goat runs here and there, jumps around, baths and swims! I wonder when you’re going to tell me that she has learned how to fly!”

Maria opened one eye and looked at her father. “Oh Dad, you’re annoyed with me!”

“No, Maria I’m not. But close your eyes, count your goats and forget about that stubborn, naughty, brown one. Shh! Be quiet now.”

Dad had fallen asleep and so had Maria. She was now in Dream Land. In her dream, she saw herself in a strange land where everything was upside down. As she looked up at the sky, she saw that it was green and the sun was glowing a bright purple. Instead of birds, there were fish flying in the sky. Up ahead she could see a herd of goats. Seeing seven heads on each goat instead of one scared Maria.  She turned on her heels and ran until she reached a garden. When she entered it she saw to her surprise that the grass and every plant was bright red. So bright that it hurt Maria’s eyes just to look at them and she covered her eyes quickly to keep away their glare. Suddenly she felt her hand itch and she quickly lifted it up to see what was causing the pain. She was both surprised and frightened when she saw a fly with sharp teeth sitting on her hand. Maria hurriedly shook her hand until the fly flew off.

Now Maria had begun to feel hungry. She spotted a banana tree as she looked around. But as she drew closer, she noticed that all the bananas were black. When she reached up to break off a bunch, she saw that the bananas were without the peel and they looked black from a distance because there were hundreds of little black bugs on them. “Yuck” Maria shivered with disgust, quickly moving her hand away.

Maria set out to leave the garden. As she did so, a cat was moving towards her. But what a strange cat! It had an eagle’s head. Now Maria had really lost her nerve. She wanted to run but her legs felt like there was no life in them and try as she might, she just couldn’t move. She eyed the cat with the eagle’s head and much to her relief it started to make its way to the other side. As soon as it moved away from the entrance of the garden, Maria took her chance and quickly ran out as fast as she could.

In front of her, she saw a boat sailing on the sand. There were some strange looking people aboard. Where there should have been a nose on their faces they had eyes, and where there should have been eyes, they had a nose. In fright, Maria covered her face with her hands, but as her hands touched her face she felt that her nose had switched places with her eyes. “AAAAAAAAAAA”, Maria began to scream out loud. Her father hearing her scream woke up with a start. Maria had also opened her eyes. Crying and sobbing, she told her father about the scariest dream she had ever had.

“Maria, dear, I hope you realize, your dream has a wonderful lesson in it. That whatever Allah has made is perfect in every way. He has made the night for sleeping and the day for work. Look outside! At night Allah shuts off the light of the sun. And in the morning when the sun comes up, our eyes open all by themselves. Everything that Allah has made is for a very good reason and there is a purpose behind all His creation. Alright, now come on. Close your eyes and go to sleep. You have to go to school tomorrow and if you don’t sleep now you will surely be yawning all day long.”

One thought on “Upside down”